Taehyung again amazed BTS and Fans with his awesome memory proved that He is the Secret Genius of BTS.

BTS is making sure to keep Army entertained with new content. Whether it surprises Vlives with Jimin and RM or Weverse interactions of J-Hope, RM and V. Army is well-furnished with enough content to help them get rid of quarantine doldrums. 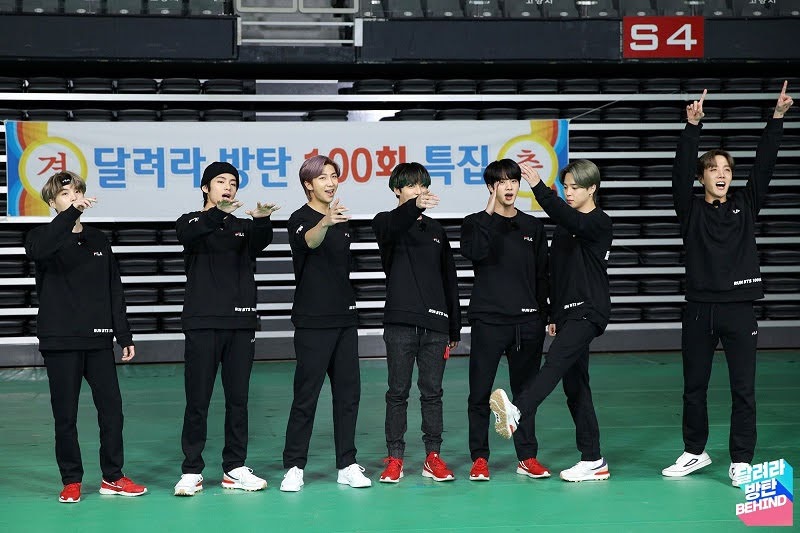 In BTS special 100th Episode of Run BTS, they have to choose the team members. For this, a Quiz competition was set based on old Run Bts segments and games. The one who answers the more question will allow choosing members for his team. BTS and Army are both amazed by Taehyung’s memory once again. He remembered past incidents so precisely and answers 4 questions out of 6.

This is not for the first time that Taehyung Proved that he is a Secret Genius of BTS. He even remembered the name of his “Future Son” that he suggested a long ago in Run BTS episode.

BTS members frequently praise him for his fast and Brilliant memory for learning choreography.

He has the fastest learning memory when it comes to choreography. –BTS

Taehyung has such a good memory that BTS choreographer was copying his movements and RM told Tae to come to the center to teach them the movements.

Even BTS choreographer Son Seung-Duk was copying his moves for their “Tomorrow’s” choreography.

“I danced according to Taehyung’s movements”

He surely the Handsome Man with a Sexy Brain!

Jungkook’s Biggest Wish Is Now Going to Become A Reality!

On April 24 KST, BTS’s Suga went on a Surprise Live Stream on YouTube through [BANGTANTV]. At first, It didn’t work as he planned Just like RM. But after, he held a one-hour painting session in silence. Suga started painting on a huge Canvas by mixing Beautiful Galaxy Blue paints. The silence Proved a Therapeutic Treatment for ARMY as […]

BTS Revealed The Tips & Tricks They Use To Make Jimin Smile

They have their own style and technique! For BTS Japan Official Fanclub Magazine, the members answered the queries about themselves and each other. In the fun segment, BTS revealed what Jungkook‘s weaknesses are and the tips and tricks they use to make Jimin laugh. Jin shared the key to making Jimin laugh is basically the environment. Even the simplest jokes […]