J-Hope’s sweet act of supporting Suga shows that BTS is the biggest support of each other.

On May 22, Suga has dropped long-awaited Agust “D-2,” his second mixtape after four years. The D-2 mixtape has 10 tracks with a lead single and title track “Daechwita.” After the release of mixtape an actor who was a part of Music video shared that J-Hope had shown his support for Suga by caringly sending a coffee-and-churros truck to the shooting set. 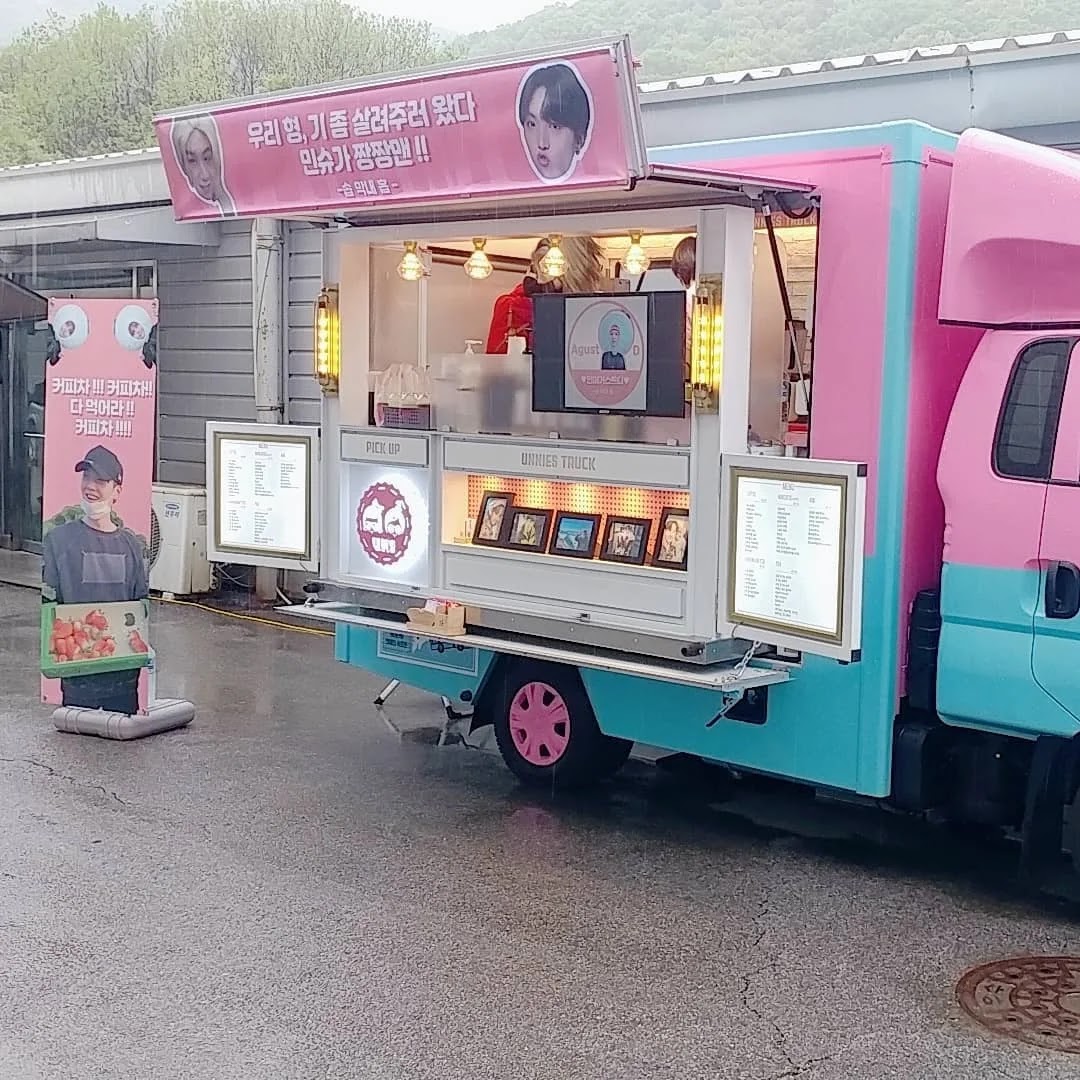 The photos posted show a truck decorated with a playful banner written as,

The second banner next to the truck captioned,

The other photos show a cup and churros wrapper adorned with a hilariously adorable photo of Suga reads:

Not only did J-Hope send a coffee-and-churros truck to show his support for Suga, but he also visited the shooting set along with his members Jin and Jungkook. Both of them made a cameo appearance in the “Daechwita” Music video and made their scene epic of all time.

On May 23 KST, Suga thanked J-Hope for showing his love and posted several photos from shooting set from his music video “Daechwita,. He shared his memorable photo with Jin, Jungkook, and Hobi while standing together posing happily in front of the truck

“So many thanks for the coffee truck sent by Sope’s maknae, Hobi!”

Following this An Jae Hyuk (actor), posted photos of the truck and its goodies on Instagram, explaining,

“Because this was confidential, I kept [this post] private. I really wanted to share this, but in order to keep [Agust D’s comeback] a secret, I forced myself to be patient and wait!! Today, I’m making this public. Please listen to ‘Daechwita’ a lot!”

After one day of its release, Agust D has crowned the Worldwide charts. And Mv for “Daechwita” has amazed the fans all over the world with facts and interesting things hidden in it.

Watch Suga’s lethal visuals that will blow your mind.

Mixtape of the Century is Coming. BTS V dropped a hint about his 1st mixtape. Taehyung left a Message in a Game Room stated that He Wrote several Songs and will Release his 1st Mixtape. V Said That: “I’ve written several songs.“ “I should release a mixtape“ After His major Hint, ARMYs Started Trending The #KTH1ISCOMING Worldwide. Also Checkout […]

Bts’s Jimin has a cute habit of waving at fans and goodbye from his car. This was again seen on returning from Inkigayo [SBS World] after their 3rd win on ON. BTS has won at [SBS World] on their masterpiece ON and #ON3rdwin is now trending on Twitter. They have also performed Black Swan and […]