Listen to the angelic voice of Jungkook singing the guide vocals for Suga’s Dear My Friend.

On May 28 KST, BTS‘s Suga held a two-hour-long session to share some stories behind the making Agust D-2 mixtape. And his vlive became the most viewed solo live with 10 million realtime views, beating J-Hope’s live with 9.3 million views.

During his broadcast, Suga gave the ARMY in-depth details about the making of “Daechwita” Mv and shared the Dates of writing all the 10 tracks in D-2 mixtape.

He also shared that Jungkook was actually the guide vocal for the song “Dear My Friend”.

And then Suga revealed about having the recording on his laptop. Fans asked in the comments if he would like to play the recording on which he gladly turned on an initial of Jungkook singing the guide vocals.

Take a listen to Jungkook singing Dear My Friend in his heavenly vocals.

He added that The track “Dear My Friend” feat. Kim Jong Wan (A member from Nell) was intentionally put as last on the tracklist. The reason behind doing it was that Suga wanted it to sound like a “Curtain call” style ending song. He originally titled “Dear My Friend” as “Friends”. But he later changed it, as “Friends” by Jimin and V had already included in their latest Album Map Of The Soul: 7. 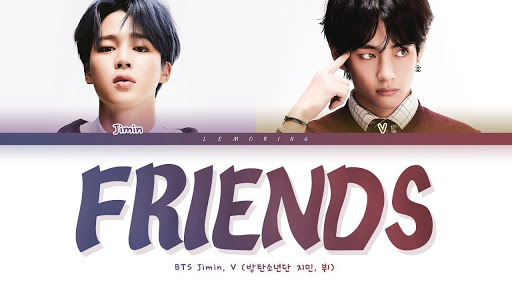 Suga continued that he had Kim Jong Wan in mind to sing the melody of the song from the beginning of the process for writing the song. He even took a vocal lesson from him and also admitted that he fanboy-ed a bit as it felt like he was at a Nell concert in a front-row seat.

It’s so heartwarming and nice to see that BTS members supporting Suga with his Agust D through guide vocals, sending coffee trucks, and even making cameos in the music video!

Listen to the beautiful song by Agust D!

BTS Broke The Exciting News Of Their New Album “BTS, The Best” Featuring “Film Out”

Army’s, The wait is finally over!! After the record-breaking success of the year 2020, Once again, BTS is coming up with a new Japanese Album “BTS The Best” featuring 23 new tracks on June 16. The title track “Film Out” will be released on April 2 prior to the album release. Also “Film Out” is […]