To Owning A Luxurious SUV! Show, How Far he has come!

We all know that The Superstar Group BTS is the Global Brand Honorary Ambassador of Hyundai. But now BTS’ V officially became the owner of his own Hyundai SUV. In Run BTS Episode 110, BTS has filmed the Treasure Hunt Episode in Hyundai Motor Studio. In the Behind the scenes of the episode, BTS was impressed by the cars in the studio.

On July 31, Hyundai Motor Group‘s HMG Journal revealed that V was fascinated by the design of Hyundai’s EV Concept Car ‘Prophecy‘ and took several photos with the car.

RM also loved that Model and wanted to buy that but firstly, He needs a driving licensed.

Well, congratulations to V and Army is Proud of You!

RM is feeling the same… 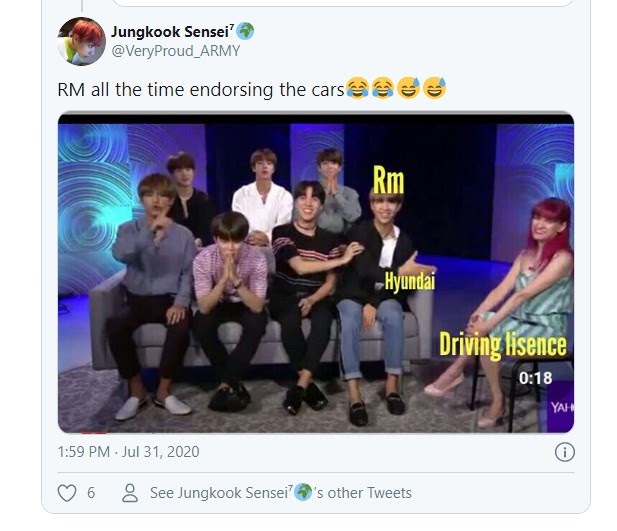 BTS ARMY couldn’t control their excitement as PSY shared the beautiful photos on Instagram with BTS V. Being a social butterfly BTS V manages to win hearts, not just of ARMY but famous celebrities and people around him as well. Whether it be his Wooga Squad members or Park Bo-gum, it is confirmed that everyone […]

3 Replies to “From Toy Car To A Real One, BTS V Has Bought A New Hyundai Car”