V left Suga confused and laugh by his cute mistake while performing their epic song “Dionysus” at MMA 2019.

Bangtan Bomb released an [Episode] of MMA 2019. In the video, BTS is Getting ready for their Solo Performances and sharing their Feelings to ARMY after performances.

BTS was performing their final rehearsal of “Dionysus” and everything was going as planned but there was a Taehyung who made everyone laugh by his adorable mistake.

For Suga’s Focus, there was a Bottle of water instead of Wine Glass as a prop.

V thought someone left it so he being caring to his Hyung, gets rid of the bottle that was a replacement of wine glass by throwing it. 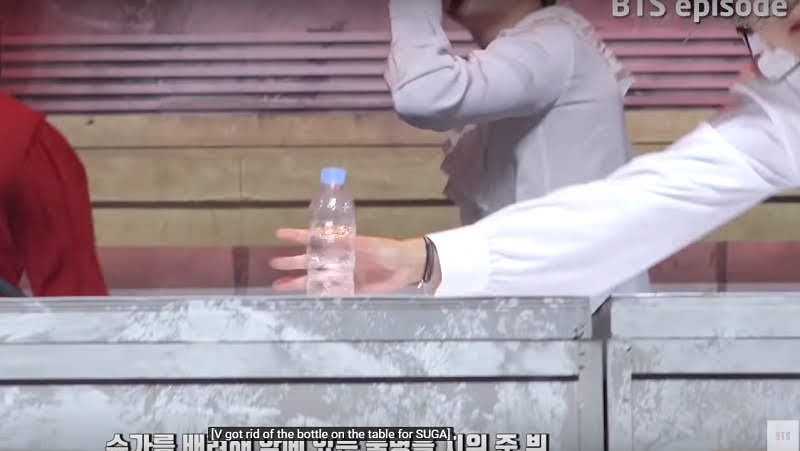 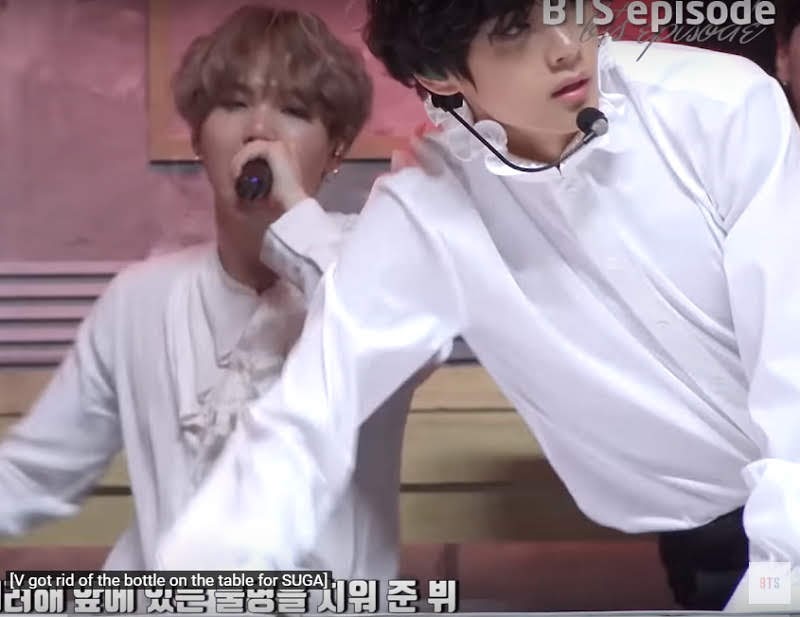 Suga was Rapping at that time but we can see him confused and smiling over Taehyung’s act. The first thing he said after his part is

“That’s a prop Taehyung, A prop”

At the End of rehearsal, Staff made a compliment that

And V realized it and Both he and Suga was laughing over it.

On June 12, BTS’s J-Hope turned on a live stream for another round of art and craft by making bracelets for his members. In his Previous Vlive, he worked on making handmade bracelets for each of the members using cute charms that match the members’ Microphone colors. He Completed remaining bracelets of members in his second Vlive and […]

BTS Jimin and V love to prank each other. It is proved that their bond is the “Best on Earth”. Jimin held a Live Stream on March 30th, as he promised in his previous Vlive. It was going well as Jimin was making calls to members of BTS. At first, he Called his Best Friend […]

This is what we need to know about the BTS New Album! On May 7, BTS V, RM, and J-Hope held a live meeting on their Youtube channel and discussed the production of their New Album. The main purpose of holding a broadcast is giving fans a natural and gross look at the production process […]

2 Replies to “BTS’s V left Suga Confused and Laughing by his Cute Mistake at MMA.”