BTS Suga Dominated World Wide as AGUST D with his latest Mixtape D-2 and Breathtaking Lead MV “DAECHWITA“. He took top Trends in Itunes and Other Charts in about 80 Countries in Just 24 Hours.

On May 22 BTS’s Suga after Mysterious D-Counter, Surprisingly Dropped His Second Mixtape Under Agust D name. 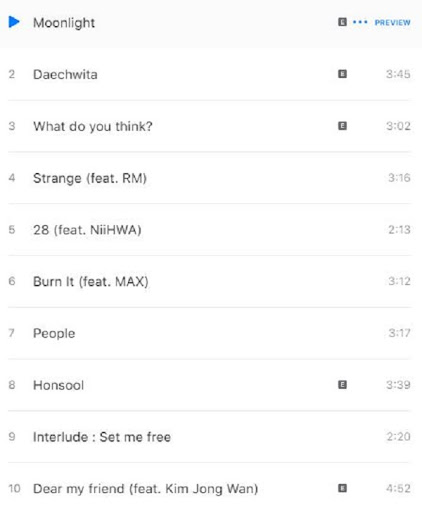 As it was Suga’s Comeback After 4 Years Since his 1st Mixtape “D-1“, his fans were very delighted with the News.

In fact, Fans were that Excited that within only 24 Hours his Mixtape D-2 Shattered the World records and Made New ones. His Album Charted on Itunes in 80 Countries Including US, UK, CANADA, JAPAN, FRANCE, PERU, and SWEDEN.

Daechwita, the title track of the mixtape, also topped the iTunes Top Songs Charts in 50 Countries.

1: Daechwita is the fastest MV by a Korean soloist to reach 4 million likes on YouTube in just 11 hours and 12 minutes

2: Suga is the first Korean soloist to have four music videos with over 3 million likes on YouTube. Such a Legend.

3: It Becomes the fastest Mv by Any Soloist to Reach 2M Likes.

4: Suga is now the third Korean soloist to chart no 1 on both US & UK iTunes Albums Chart after RM & J-hope

5: Suga is the first Korean Soloist to Chart on Itunes and Apple Music Charts Both at the same.__ He is Truly A Genious.

Congrats to Suga For his Amazing Success

IU dropped a video teaser for her upcoming single “Eight,” produced by and features BTS’ Suga! BTS Suga and IU’s collaborated new single will be released on May 6, 2020. On April 27, an official statement was made by EDAM Entertainment that IU and BTS Suga collaborated for her upcoming comeback in May. It was revealed that BTS […]

The First step completed and 3rd Dynamite Teaser photo is here. On July 26, BTS announced in their radio only Live that they are going to release a Complete English song on August 21. And According to BTS, it will be an upbeat Refreshing Summer song. On August 11 at Midnight KST, BTS dropped the 1st teaser photos for Dynamite. On August […]

Jungkook is Record Breaker Maknae of Record-Breaking group when it Comes to games, Songs, or rather Social Media. He has Achieved Several Records While Breaking His Own Records with Recent “Never Not” Tweet. His Previous Tweets are Known For Setting Highest Records on Twitter, Including Achieving a Title that Only Barak Obama Had. But This […]