Bts watching themselves back at the time of their debut “5th day”. Their reaction to the video was substantial. BTS  made us realize their hardships and tough journey throughout the time while leaving tears in eyes and smile on the face.

Bangtan BOMB has released a video in which BTS was reacting to their younger selves on their debut (7 years ago). 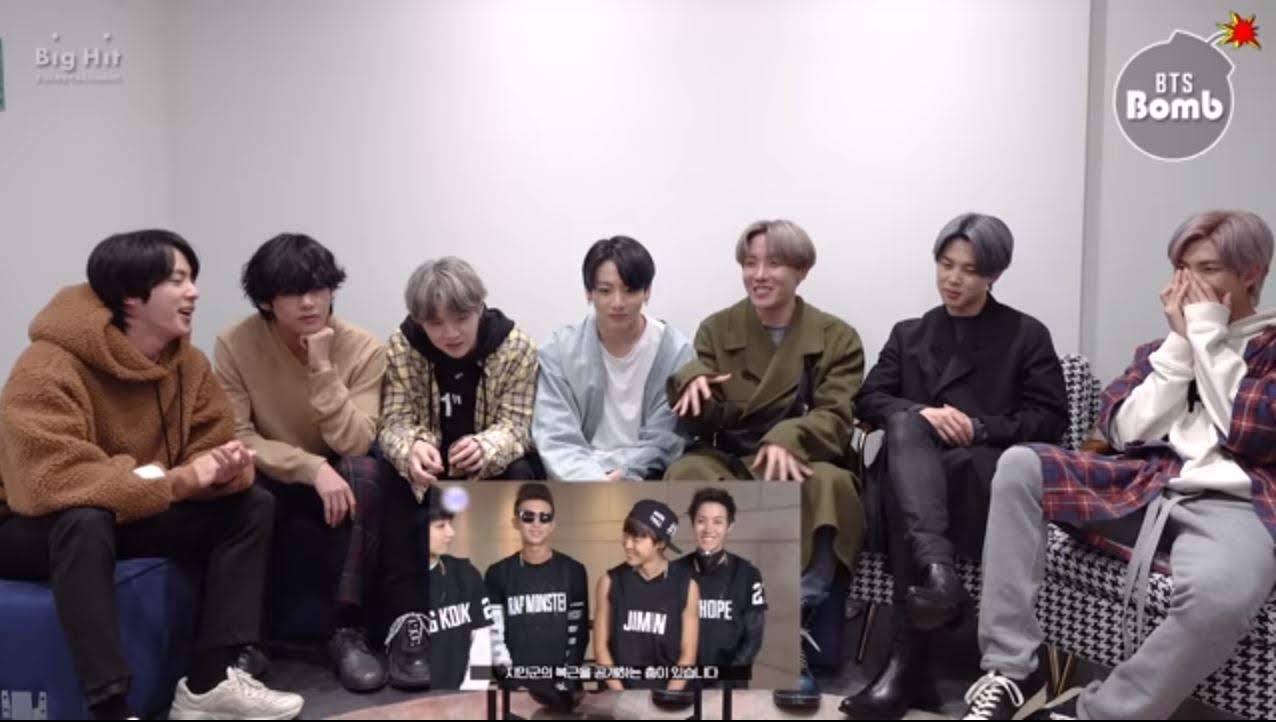 BTS reaction was full of moments like being embarrassing and laughing on themselves.

BTS looked back ant talked about the memorable moments of their struggling and hardships and feeling proud of them Now and of course their beloved ARMY who supported the boys so much.

RM reaction as he saw BTS introduction, he becomes embarrassed and started laughing!

Just like RM, J-Hope’s reaction was also the same being so confused and feeling a little bit awkward. His face became red on their Introduction.

You can see how he was laughing while watching his younger self telling him to move out of the screen.

V timidly concealed his face with a hand as soon as he saw the Introduction.

Jungkook’s reaction was priceless. He became shy tried to hide behind J-Hope. While punching him in tiny is the cutest thing!

It seemed that these members were ok with the Introduction. But Reaction on divulging Jimin Abs was so dumbfounded for all members of BTS

BTS dropped the First Teaser Photos for the New Song Dynamite. On July 26, BTS announced in their radio only Live that they are going to release a Complete English song on August 21. According to them, it will be a Refreshing Summer and an upbeat song just like Mic Drop and Waste it On […]

Suga is trying really hard to stay calm! in Run BTS Episode 103. With new content almost every week, constant interactions with the Fans through Weverse, V Live, YouTube Live sessions, and the most favorite Run BTS, BTS is proving why they have such a loyal fanbase! On May 5, Run BTS episode 103 with […]