On June 10, ‘SLUIS PAINTING’ announced that Jin of BTS was selected as one of the ‘Top 3 Most Perfect Faces in the World based on Scientific Analysis.

SLUIS PAINTING’ is a Dutch creative visual artists team. Recently they had an interesting study involving the human face and then they would choose the most perfect faces of men and women from famous celebrities from 43 different countries.

According to the Top 3 finalists announcement, BTS Jin is the only Asian to appear on this list. The male idol was selected along with actor Henry Cavill (British) and actor Jacob Elordi (American).

This was just the Top 3 finalist and the researchers continued to find the most perfect face of from the 3 representatives of each category. It wasn’t absolutely a poll for fans but was based on the research of the ‘SLUIS PAINTING’ team. They used scientific technologies related to the analysis of the Golden ratio of the face…

– It is great that this list is based on scientific analysis. Jin is definitely Worldwide Handsome!

– It’s not like he is called ‘Worldwide Handsome’ for no reason. His face is so perfect that he defeats many other handsome men.

– Bangtan Jin is so handsome! Congratulations!

– Great. I believe in experts and scientific research.

– It’s the Top 3 of the world. Bangtan Jin is amazing!

– It’s not fan’s votes, it’s based on scientific research. The other faces in the Top 3 are really perfect. I’m so proud that Jin was chosen!

– He was previously selected by the Czech research team to be the one with the golden ratio face. No wonder he’s the Worldwide Handsome! 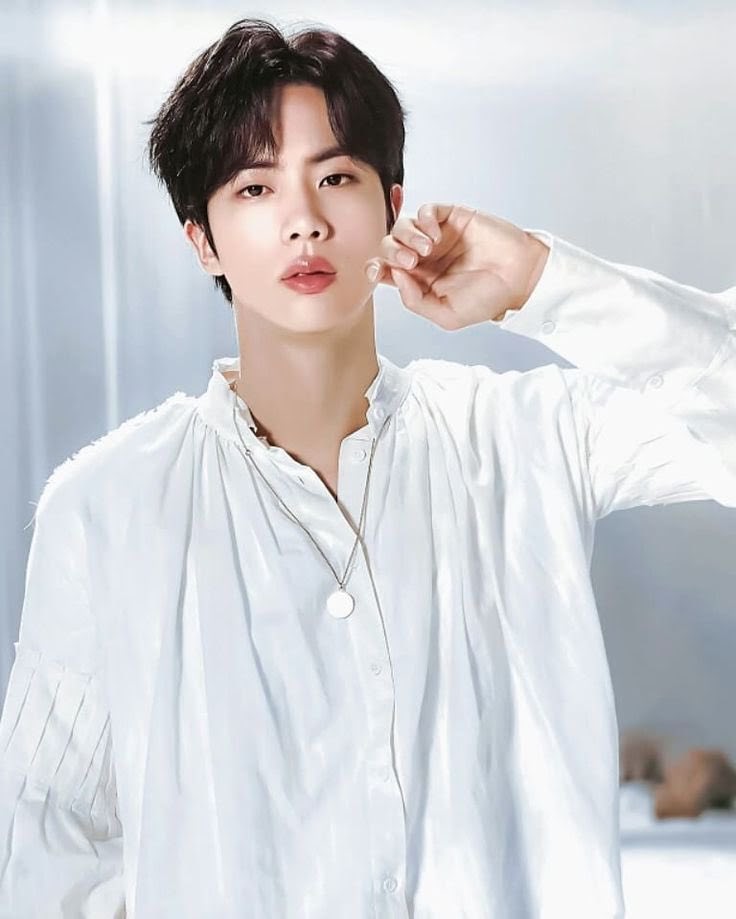 Now, results have been declared and according to the result, in the male category, South Korean Boy Band BTS Kim Seok Jin became the man with the Most Perfect Face in the world from the standpoint of mathematical beauty, He has facial proportions that almost perfectly illustrate the Golden Ratio in the face

BTS Jin turned out to be an almost perfect face scientifically. His face is not only symmetrical, but also he has the optimal proportions of the mouth, eyes, chin, and forehead

The measurements of Kim Seok -Jin face revealed that

1. His face is symmetrical and perfectly oval

2. The ears fit precisely within the middle third of his face

3. The space between his eyes is equal to the width of one eye

4. The edges of his nose line up with the inside corners of the eyes

Jin had surpassed 18,000 different candidates from 58 countries around the world on the condition that all candidates had never undergone cosmetic surgery. In the end, Jin won the 1st place and he was praised as ‘a perfect face according to scientific analysis and a golden ratio without any imperfection’.

The moon belongs to BTS‘ Jin according to NASA. On June 23, NASA (National Aeronautics and Space Administration) responded to a Tweet of BTS fan who wrote that they wanted to see if the moon could be given to Jin. “Yeah, I am posting a lot about Jin at the moment because I want @NASA to give him the moon. But I swear […]

J-Hope’s sister’s wedding happened this week. The one question that everyone is wondering is why not all the members at the wedding, only Jin, RM, and V, reported attending the wedding while Jungkook Suga and Jimin didn’t make it to the wedding. So what was the important reason is that these three couldn’t take time […]