BTS is communicating with fans since April 17 by showing their daily lives and the working process of the new album through “BTS TV”. On May 25, BTS’s Jin held a 40 Minutes Livestream on Youtube Showing ARMY his new Piano Skills and also Discussed the process of making new Album. 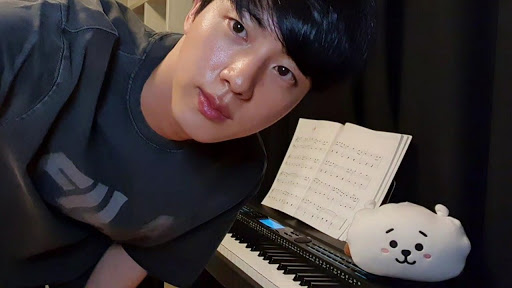 Before playing, He told that he was nervous to show his Piano Skills soon after learning but started after the encouragement of fans.

“I’m embarrassed to show you soon after I started piano, but I made an album and thought about what to show for the rest of my time, and then I started doing (YouTube Live) to show off my new hobby.” 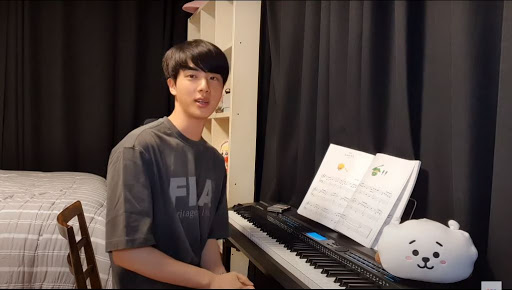 Jin in Comfy Clothes Sat in front of Piano and played while watching the Music Sheets. He also added that he started playing Piano as a Hobby and showed it to a friend, he listened and told that it was awesome. 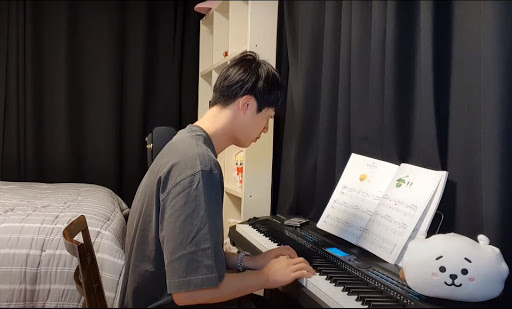 As well as playing Songs He furthermore shared the Details of BTS new Upcoming Self-produced Album and upraised fans’ expectations. 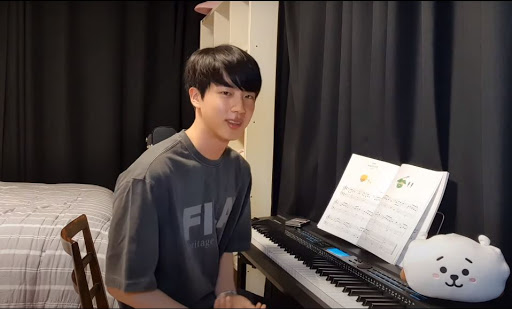 Also, read 10 Interesting Facts About BTS New Album Contrary To Their Past Albums

He Said that Jimin is taking care of Music while V is in Charge of Visual management. He was asked to take on Costume, But he said no. Suga is Working hard on Album Design and will stick with him. 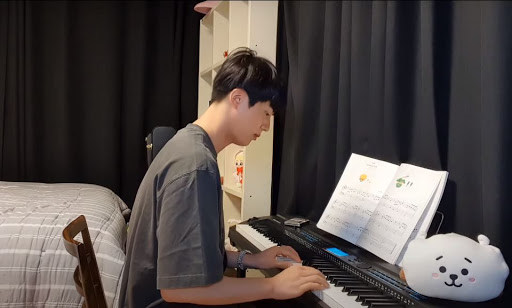 Jin was enthusiastic for Playing piano and working harder on it than the beginning but needs more, He Said “I have to Practiced Hard, it’s still not enough” For 40 minutes he showed his beautiful performance and also mention his thanks to ARMY for all their support and encouragement of his playing during the Livestream.

Watch his Great Piano performance Below:

Everyone one Need to Listen this… On August 9, Charlie Puth tweeted heavenly 9 Second Cover of BTS Latest Release Single “Dynamite“. After Listening to the Song Army’s praised the sweet vocals of Charlie Puth and called for BTS X Charlie Puth Collaboration. Related: BTS Dynamite Sets A New Record On Youtube For Highest 24-Hour […]

RM reveals that BTS is Already Preparing for “New Album”

BTS’s New Album is in processing according to their Leader. They are workaholics and never settle. On April 17, BTS‘s Leader RM after crashing the Youtube went on a Live and Gave the Snippets of Music that May be added on BTS’s New Album they are about to start. “Our album will come out but […]